We drove past Kapiti island – apparently this used to be a Maori war ground. To simplify: Back in the day, if you wanted land, you just attacked the area you wanted, stole women and children and claimed it as yours. This was home to the most notorious and blood thirsty Maori leader of all time.

He made his way down the South Island killing many tribes en route, before conquering Kapiti and making it his fortress. This was before European / Western settlers and just before an important treaty was signed.

Now it’s a DOC (Department Of Conservation) island nature reserve to protect species. When I was in Wellington, I was tempted to go over to the island but it’s quite far out of Wellington and as such, it’s easier to get there if you have your own car or transportation. 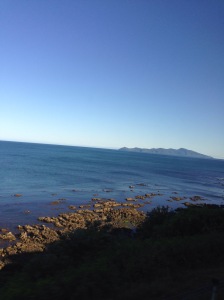 Gum boot = Wellington boot.
Came from codey woods mining swamps, they went hunting for ‘gum in the mud’ which was an amber type stone that was worth a lot of money. We drove through the town of Taihape, which is known for gum boots, they have an annual gum boot throwing competition.

Here the New Zealand army helped Peter Jackson during the Lord of the rings filming (the first one). This is the desert road, it’s essentially an army range and people are not allowed to get out of their cars around here as there could be live practising happening any time. So they helped during the first film and were in some of the battle scenes, they couldn’t travel around the rest of NZ to be in other films although apparently they were asked. 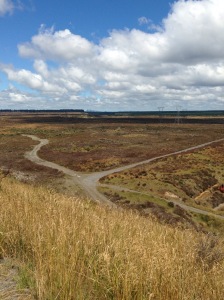 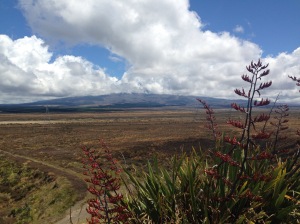 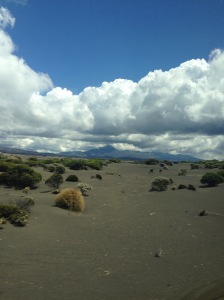 This lake is the size of Singapore! It’s huge! And used to be a giant volcano! Plus it’s insanely beautiful. 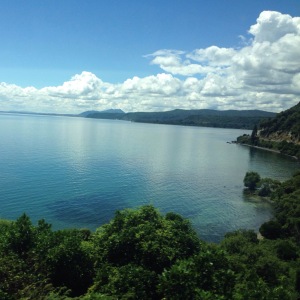